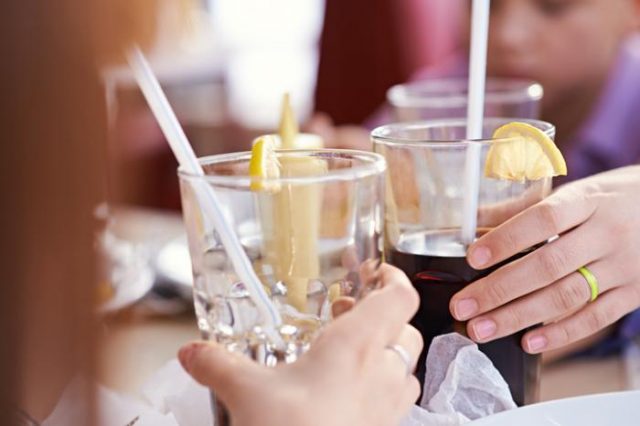 In a person with attention deficit hyperactivity disorder, chemical or physical differences in the brain can lead to a variety or a combination of symptoms, including inattention, hyperactivity, and impulsivity.


Attention deficit hyperactivity disorder (ADHD) is a brain disorder that is estimated to affect between 5-11 percent of children in the United States.


Most people can have trouble paying attention or settling down at times. For a person with ADHD, these symptoms can interfere with normal development or daily life. The symptoms are severe and occur frequently.


ADHD often starts during childhood, but it can occur at any age. Many adults may have ADHD, but the number is unknown because it is likely that only a small percentage receive a diagnosis.

Caffeine may be similar to some ADHD prescriptions that are stimulant-based, but it may not be safe for everyone.


Because most ADHD prescriptions are stimulant-based, it may seem strange to use caffeine as a treatment.


The usage may depend upon a person’s age, health status, and how severe their symptoms are.


A study in European Neuropsychopharmacology suggests that caffeine could be useful as an ADHD treatment, as it appears to normalize levels of dopamine and improve attention in people with ADHD.


Another study in Medical Hypotheses suggests that caffeinated tea may help adults with ADHD.


Though caffeine is similar to ADHD medications, some drawbacks should be considered before using it:


Stimulants can be safe and effective as an ADHD treatment, but they are not safe for everyone.


People with the following health conditions may be advised to avoid stimulants:


Potential adverse effects of stimulants include:


These side effects are more likely to occur if a person has high amounts of a stimulant, or if they consume much more than usual. Some people are more sensitive than others to caffeine and stimulants in general.

Studies suggest caffeine may affect children’s growth and development. The advice of a healthcare professional should be sought before using caffeine as an ADHD treatment.


Caffeine should only be used as an ADHD treatment in children and teenagers with a doctor’s guidance.


Before giving caffeine to a child, parents may need to consider the following:


There may be other health considerations to make before using caffeine.


Regular soda contains caffeine, but the added sugar can easily exceed the recommended daily intake. The American Heart Association (AMA) recommend no more than 25 grams of sugar daily for children, 24 grams for women, and 36 grams for men. A 12-ounce can of soda contains 39 grams.


Too much sugar can lead to obesity and dental cavities, and it adds no nutritional value to the diet.


Soda is not the only source of excess sugar. Sweetened coffee drinks and sweet teas may also contain high amounts of sugar.


Unsweetened black or green tea as well as unsweetened coffee are caffeine sources that do not contain added sugar.


Diet soda contains artificial sweeteners as an alternative to sugar, but it should be consumed in moderation.


The American Academy of Pediatrics do not specifically advise against using diet soda, but do recommend water as the primary source of hydration for children. A report in Diabetes Care suggests using artificial sweeteners in moderate amounts.


More research is needed on artificial sweeteners before recommendations can be made on their use.


Caffeine is the most widely used drug in the world. It may hold promise as an ADHD treatment, but it should be used carefully and with a doctor’s guidance, especially in children.


People with ADHD may be treated with therapy, medications, or both. Many ADHD medications contain a stimulant, which increases activity in the nervous system.


Stimulants increase the brain’s levels of dopamine and norepinephrine. These two chemicals are important for focus and concentration, and it is thought they may be lacking in people with ADHD.


Caffeine is the best-known stimulant in the world, but the stimulant found in ADHD medication tends to be stronger than a cup of coffee or tea.


Stimulants normally make people more hyperactive and jittery, but for people with ADHD, they often have the opposite effect.


They relieve the symptoms of ADHD by increasing focus and memory, and reducing hyperactivity and impulsivity.