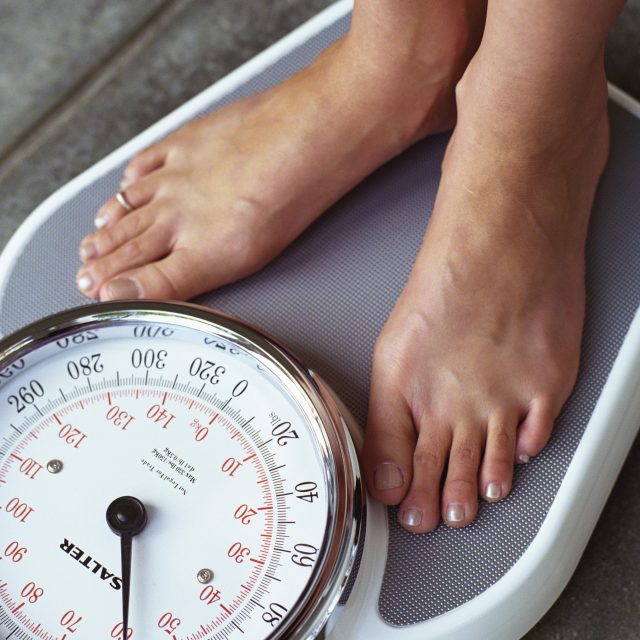 Buddha may have been the world’s first yo-yo dieter: Raised in luxury, the young prince Siddhartha had a taste of decadence before he swung hard in reaction, living as a wandering ascetic, starving himself nearly to death, until he finally arrived at his “middle way.” The Buddha was, of course, in search of something more profound than a svelte physique. But the insights he gleaned from his quest can be enlightening for the modern dieter.

Writer, data scientist, and Zen priest Dan Zigmond (with co-author Tara Cottrell) has condensed wisdom gleaned from the Buddha’s teachings and from modern diet science into Buddha’s Diet: The Ancient Art of Losing Weight Without Losing Your Mind ($17, amazon.com).

And you don’t have to be Buddhist to try it. All you need is a clock, a scale, an open mind, and a willingness to endure some late-night stomach grumblings for a few weeks.

The key to Buddha’s Diet is time-restricted dieting—sometimes known as intermittent fasting. The concept is simple: Instead of worrying about what or how much you eat, the diet asks you to concentrate on when you eat, and to gradually shrink the window in which you consume each day.

Research (in mice and people) shows that various forms of time-restricted feeding are safe and effective methods for weight loss. The idea is that to run most efficiently, your metabolism needs a daily break from food, something the modern Western eating style (with its round-the-clock nibbling and fueling) does not provide.

RELATED: 57 Ways to Lose Weight Forever, According to Science

To start on Buddha’s Diet, you begin by limiting your eating window to 13 hours each day for two weeks (which may be harder than it sounds, given that many of us habitually eat over the course of 15 hours or more each day). You then reduce your window to 12 hours per day, then 11, then 10, till you arrive at a daily 9-hour eating window. That might mean breakfast at 9am (at home or at work), then dinner no later than 6pm, followed by … nothing else, until the next day’s breakfast.

If you think the 9-hour window is extreme, Zigmond reminds us that Buddhist monks (who practice the tradition set forth by the Buddha himself some 2,500 years ago) tend to eat only between dawn and noon, and they seem to do just fine in terms of nourishment and stamina.

“We tried to come up with our version of a ‘middle way,’” Zigmond told Health.com, “a path that we think most people could follow pretty comfortably and still get the health benefits of an intermittent fasting diet.”

Here are 7 surprising tips from the book that can help you get lean and stay healthy the Buddha’s way.

Go ahead, look at the scale

Zigmond urges Buddha’s Dieters to weigh themselves every day. Tracking your weight is a way of taking control of your diet and health, Zigmond notes, and a way to keep tabs on what is and isn’t working in your diet. Daily fluctuations, of course, are to be expected.

Eat what you want (just not junk)

A nice thing about Buddha’s Diet: there are no hard and fast rules about what and what not to eat. “It’s most important to eat food you like and find filling,” writes Zigmond. “A diet that makes you miserable is not one that is going to last.”  In place of labeling foods as “good” or “bad,” think about what’s “useful” (healthy fats, fiber, and veggie- or meat-based protein) and what’s not (sugar, processed foods, more than two alcoholic drinks per week).

And since you won’t be eating in the late evening anymore, you’ll naturally be less likely to overdo it at happy hour or to pound Ben & Jerry’s by the pint, since, as Zigmond notes, almost 70% of all ice cream is consumed after 6pm.  Who knew?

Have a cheat day, really

That said, treats are not off-limits. Not only does Buddha’s Diet permit occasional cheat days, it encourages them. Why?  Zigmond notes that your body adapts to the “food environment” around it, slowing down your metabolism and pumping out hunger hormones if it thinks food is scarce. He cites research showing that splurging with some regularity can actually give a burst to the metabolism, causing us to burn more calories and reset those appetite-controlling hormones.

Buddha’s diet allows one cheat day per week. On that day, you can eat outside your schedule (a great occasion for taking advantage of parties, birthdays, work events, date nights, and such).

Exercise for its own sake

Zigmond points out that exercise typically doesn’t burn as many calories as you think, and it often has the effect of making you hungry. So the diet doesn’t require exercise, but encourages it if you enjoy it (the Buddha taught that staying physically fit helps “keep our minds strong and clear”). When to fit it in? Zigmond recommends first thing in the morning and cites research showing that exercising on an empty stomach burns 20% more fat than doing it after a meal.

Americans waste a staggering amount of food, roughly 42%, but the solution to waste, Zigmond argues, is not to clean your plate. Buddha’s Diet asks you to consider, once you’ve finished eating, whether the rest of your meal is better off in the trash or in your body.  “You have a choice to make,” Zigmond writes. “You can use the garbage can or you can be the garbage can.”  While you get the hang of it, you might start out throwing more food into the trash (or better yet, the compost bin) than you’d like, but once you learn to be more attentive to your own hunger and satiety clues (in other words, eating more mindfully), you’ll be able to right-size your portions, meaning less surplus food going into the trash or into your belly.

Zigmond explains that thinking more deeply about the origin of our food can help us make better eating choices. And part of developing a mindful approach to eating involves cultivating gratitude for the food we eat. Try saying grace the way your family may have when you grew up.

Or you can borrow from this recitation from the American Zen Buddhist tradition: “We reflect on the effort that brought us this food and consider how it comes to us. We reflect on our virtue and practice, and whether we are worthy of this offering. We regard it as essential to keep the mind free from excesses such as greed. We regard this food as good medicine to sustain our life. For the sake of enlightenment we now receive this food.”

Because Buddha’s Diet asks you to watch the clock and think about what we’re eating and when, Zigmond explains, “it causes us to focus a little more.” And when you really tune in, he adds, you begin to realize how much we eat when we’re not actually hungry. “When we start paying attention, we naturally start to achieve a kind of moderation in our eating.”

“The Buddha didn’t want anyone to take what he was saying on faith,” Zigmond adds. “He wanted people to try things out and follow those things that worked, all the while experimenting and adapting based on their own experiences.”

So try these tips, read the book, and see for yourself.  You’ll find that Buddha’s Diet is not merely an eating plan, but a whole-life calibration and balancing system. You might end up dropping a few pounds, but you may also come out with an overall more enlightened approach to wellbeing. 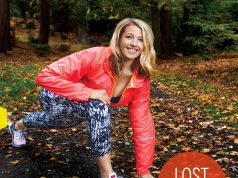