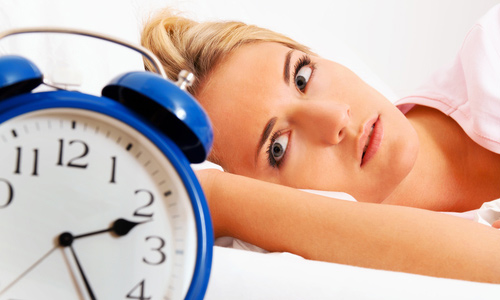 “The idea that these three studies gave us consistent results was exciting,” said lead study author Matt Christensen, currently a fourth-year medical student at the University of Michigan in Ann Arbor.
Past research has shown a link between poor sleep among people who already had AF. But this study focused on people whose pre-existing sleep disruptions were associated with developing AF later in life.
The data sources included the Health eHeart Study – an internet-based cross-sectional study of more than 4,600 people; the Cardiovascular Health Study – an 11-year longitudinal study of just over 5,700 people, of which almost 1,600 (28 percent) developed atrial fibrillation; and the California Healthcare Cost and Utilization Project, a hospital-based database spanning five years and covering almost 14 million patients.
In all three studies, researchers adjusted for the effects of obstructive sleep apnea and AF risk factors that might also be related to sleep. Some of those factors were age, sex, race, diabetes, high blood pressure, heart failure and smoking.

Diving deeper into sleep patterns and AF
Poster 218: In a separate analysis, the same researchers reviewed a subset of the Cardiovascular Health Study to understand the effect of sleep disruptions during different sleep phases without obstructive sleep apnea on atrial fibrillation risks.
The analysis showed that having less rapid-eye movement (REM) sleep than other sleep phases during the night is linked to higher chances of developing atrial fibrillation.
“By examining the actual characteristics of sleep, such as how much REM sleep you get, it points us toward a more plausible mechanism. There could be something particular about how sleep impacts the autonomic nervous system,” Christensen said. The autonomic nervous system plays a major role in controlling heart rate and blood pressure.
Another possible explanation for the link between sleep disruptions and atrial fibrillation is that frequent waking puts extra stress on the heart’s chambers, said Christensen. Participants in this analysis were also enrolled in the Sleep Heart Health Study. They had a formal sleep study to objectively measure sleep quality. That’s another element which strengthened the study’s conclusions, said Christensen, as it didn’t rely on self-reported data.
In this analysis, 1,131 people (average age 77) participated in a study with almost 10 years of follow-up.
Researchers measured how long participants slept, how well they slept, how long it took to fall asleep and the patterns of sleep (i.e., how much time was spent in rapid-eye movement (REM) sleep versus non-REM sleep). Then they analyzed the sleep disruptions’ effects to control the effects of age, sex, race, smoking, diabetes, high blood pressure, and other risk factors.

Study authors say the exact link between sleep and how AF develops is still a mystery, but we are getting closer to a clear picture.
“Ultimately, even without a clear understanding of the responsible mechanisms, we believe these findings suggest that strategies to enhance sleep quality, such as incorporating known techniques to improve sleep hygiene, may help prevent this important arrhythmia,” said senior author of both abstracts Gregory Marcus, M.D., M.A.S., a cardiologist at the University of California, San Francisco.
Poor sleep is a known culprit for other heart disease risk factors such as high blood pressure, obesity and stroke. So it’s important to know how to get a good night’s rest.
Getting enough physical activity, avoiding too much caffeine, and having an evening routine are good starting tips for sound slumber. Talk to your doctor if you’re having trouble with poor sleep.
Co-authors are Matthew Christensen, B.S.; Shalini Dixit, M.D.; Thomas Dewland, M.D.; Isaac Whitman, M.D.; Gregory Nah, M.A.; Eric Vittinghoff, Ph.D.; Kenneth Mukamal, M.D., M.P.H.; Susan Redline, M.D., M.P.H.; John Robbins, M.D., M.H.S.; Anne Newman, M.D., M.P.H.; Sanjay Patel, M.D.; Jared Magnani, M.D.; Bruce Psaty, M.D., Ph.D.; Jeffrey Olgin, M.D.; Mark Pletcher, M.D., M.P.H.; and Susan Heckbert, M.D., Ph.D. Author disclosures are on the abstract.
This study is funded in part by the Sarnoff Cardiovascular Research Foundation, the National Institutes of Health and the Agency for Healthcare Research and Quality. 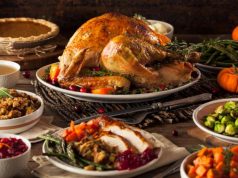 Why you should never go to sleep on an argument