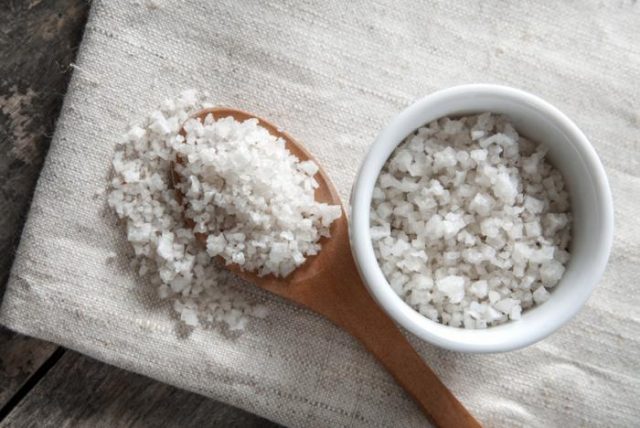 Researchers say that the cost effectiveness of a national policy to reduce salt intake in most countries is around the same as that of many drugs used for the prevention of cardiovascular diseases.

So concludes a new British and American study led by Tufts University in Boston, MA, which was published in The BMJ. The team suggests that such a low-cost approach to salt reduction is a “best buy” for governments.

Consuming too much sodium contributes to high blood pressure and increases the risk of cardiovascular diseases, such as heart disease and stroke. Salt is the main source of sodium in the diet.

According to the World Health Organization (WHO), the majority of people consume too much salt – between 9-12 grams per day on average, which is around twice the recommended maximum level of 5 grams per day.

The researchers note that studies in a limited number of high-income countries find that national policies to reduce salt intake have been highly cost effective for reducing high blood pressure and cardiovascular disease.

The WHO suggest there is evidence that key salt reduction measures “generate an extra year of healthy life for a cost that falls below the average annual income or gross domestic product per person.”

However, the researchers note that it is not clear whether this applies to most countries.

For their study, the researchers set out to measure the cost effectiveness of what they describe as a “soft regulation” national policy to reduce salt intake by 10 percent over 10 years in 183 countries.

To account for differences across countries, the researchers evaluated a range of scenarios with varying amounts of daily sodium reductions achieved over 10 years.

They also characterized (each by age and sex for the 183 countries): blood pressure levels, global sodium intakes, and the effects of sodium on blood pressure, as well as the effect of blood pressure on heart disease and stroke, and cardiovascular disease rates in 2010.

To assess the costs of implementing a sodium reduction policy in each country, they used the WHO Noncommunicable Diseases Costing Tool.

The researchers used comparative risk assessments to work out the country-specific impacts on disease burden in disability adjusted life years (DALYs), a measure of the years lost to ill health, disability, or early death.

They expressed the main result in terms of international dollars (I$) per DALY saved over 10 years (from 2011-2020). I$ are equivalent to the country’s purchasing power of U.S. dollars.

As cost effective as many preventive drugs

The analysis shows that worldwide, a 10 percent reduction in salt intake over 10 years in each country would prevent 5.8 million DALYs per year from cardiovascular diseases. The cost associated with the policy intervention would be I$1.13 per person over the 10 years.

Worldwide, the average cost effectiveness of the 10 year program was estimated to be approximately I$204 per DALY saved.

The authors note that this figure is in the same ballpark as cost effectiveness ratios of many drugs for preventing cardiovascular diseases.

Across nine world regions, the team found that the estimated cost effectiveness of reducing salt intake was best in South Asia (I$116 per DALY), and across the world’s 30 most populated countries, it was best in Uzbekistan (I$26.08 per DALY) and Myanmar (I$33.30 per DALY).

To keep their cost effectiveness estimates on the conservative side, the researchers did not evaluate healthcare savings that might accrue from preventing ill health; they only evaluated program costs.

While acknowledging that the study has some limitations, the researchers are confident – especially in the light of previous studies in selected countries – of their findings and conclude that:

Learn how salt could lead to weight gain by driving fatty food intake.