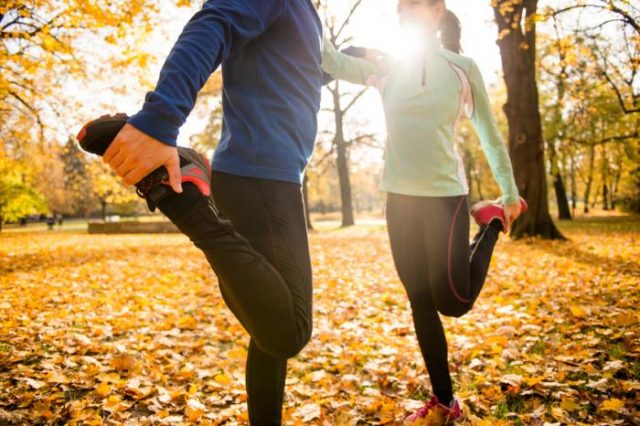 Exercise ‘weekend warriors’ may get the same health benefits as those who exercise every day.

People who exercise regularly are at a lower risk of cardiovascular disease (CVD) and stroke, and they have lower blood pressure, better cardiorespiratory health, and overall fitness.


But beyond the recommended 150 weekly minutes, do the frequency and duration of the exercise sessions matter? A new study investigates different patterns of physical activity alongside the risk of mortality and various illnesses.


The findings were published in JAMA Internal Medicine.


The pooled analysis included 63,591 participants, aged 40 and older, from 11 cohorts of respondents to the Health Survey for England and the Scottish Health Survey.


Researchers collected data from 1994 to 2008 and examined the link between mortality rates and so-called weekend warrior exercise habits and other patterns of physical activity. They also investigated the risk of all-cause mortality, CVD, and cancer.


The “weekend warrior” pattern was defined as moderate-intensity exercise for at least 150 minutes weekly, or a minimum of 75 minutes of vigorous-intensity exercising a week over one or two sessions.


Over 90 percent of the participants were white, and weekend warriors tended to be male.


The inactive respondents were more likely to smoke and report long-standing illness.


Overall, the study showed that weekend warrior, insufficient, and regular physical activity may all reduce the risk of mortality, regardless of the exercising frequency.


This included weekend warrior participants, who crammed their physical activity into one or two weekly sessions of moderate or vigorous exercise, as well as both regularly and insufficiently active respondents.


The authors conclude that the frequency and duration did not seem to matter for those deemed physically active:


Some of the evidence gathered by the present study – as well as other research referenced by O’Donovan and team – suggests that the risk of death is the lowest among those who are regularly active.


Some of the limitations of the study include the fact that 90 percent of respondents were white, meaning that the results may not be generalizable to all racial and ethnic groups.


Additionally, the observational nature of the study means that it cannot establish causality between the correlated data. Finally, the fact that respondents self-reported makes the results more vulnerable to inaccuracies.

Learn how dopamine could affect motivation to exercise.

10 Fears That Keep Women from Having Amazing Sex