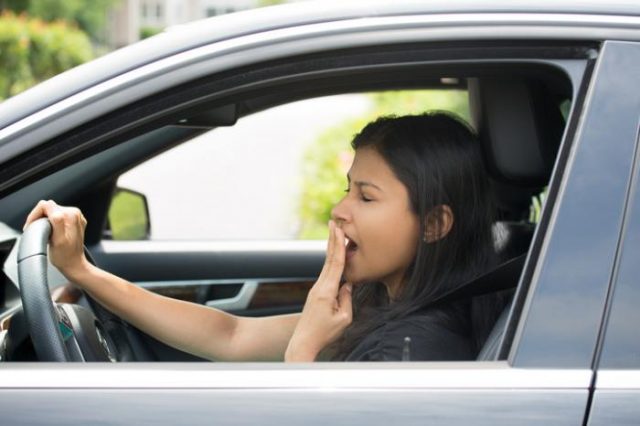 The new report finds the risk of a vehicle crash increases significantly for drivers who fail to get enough sleep.


What is more, the report – from the AAA Foundation for Traffic Safety – reveals that drivers are more than 11 times more likely to crash if they have had less than 4 hours of sleep in a 24-hour period.


Dr. David Yang, executive director for the AAA Foundation for Traffic Safety, and colleagues say the report shows that driving after getting less than the 7 hours of recommended sleep each night “may have deadly consequences.”


It is well known that sleep deprivation can lead to drowsiness and reduced concentration. For drivers, lack of sleep may reduce the ability to pay attention to the road, slow reaction times, and affect the ability to make sensible decisions.


A previous survey from the AAA Foundation for Traffic Safety revealed that 97 percent of drivers deem drowsy driving to be a “completely unacceptable behavior” that puts the safety of themselves and others at risk.


Such behavior can have devastating consequences; according to the Centers for Disease Control and Prevention (CDC), drowsy driving was responsible for around 72,000 crashes, 44,000 injuries, and 800 deaths in 2013.


In the new report, the AAA Foundation for Traffic Safety set out to establish the extent to which lack of sleep raises the risk of a motor vehicle crash.


This survey provided information on 7,234 drivers from the U.S. who were involved in 4,751 motor vehicle crashes between July 2005 and December 2007. All crashes had been reported to the police and involved the dispatch of emergency medical services.


As part of the investigation into each crash, drivers were asked to report the start and end times of any sleep they had in the 24 hours prior to the crash, including any naps that lasted at least 30 minutes.


Using this information, researchers were able to calculate the total amount of sleep each driver had over the 24-hour period and estimate how this contributed to their crash risk.


The results revealed that drivers who had 6-7 hours of sleep over 24 hours were 1.3 times more likely to have a motor vehicle crash than those who slept the recommended 7 hours or more.


Emphasizing the seriousness of drowsy driving, Dr. Yang says the findings show that a driver who has had less than 5 hours of sleep “has a crash risk comparable to someone driving drunk.”


Tefft and team point to some limitations of their findings. For example, sleep times were self-reported by drivers and may be subject to inaccuracies. Additionally, there was lack of reliable data for drivers’ drug and alcohol use, which can impact driving safety.


Still, the researchers believe their findings help quantify the risks of drowsy driving and should act as a warning to individuals thinking about getting behind a wheel after a poor night’s sleep.

“Managing a healthy work-life balance can be difficult, and far too often we sacrifice our sleep as a result. Failing to maintain a healthy sleep schedule could mean putting yourself or others on the road at risk.”


Yawning or blinking frequently, problems keeping eyes open, trouble remembering the past few miles, missing an exit, and lane drifting can be warning signs of driving while drowsy.


However, the AAA Foundation for Traffic Safety note that more than half of drivers who have been involved in fatigue-related motor vehicle crashes say they have experienced no symptoms prior to dozing off behind the wheel.


As such, the organization recommends taking a number of measures to prevent drowsy driving:


Read how driving after a night shift can raise crash risk.

Give Your Skin A Break: How To Go Without A Full Face of Makeup

For Many Women, Sex Gets Better in Middle Age