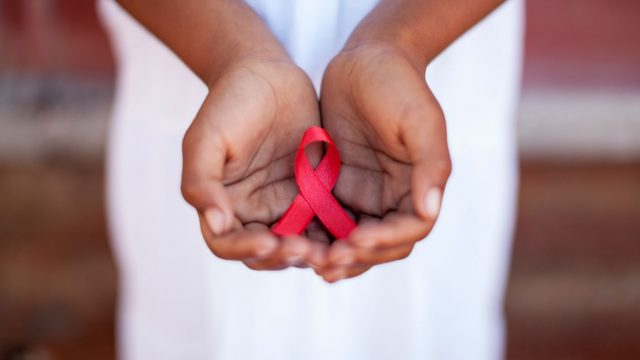 A new study from the UCLA Fielding School of Public Health suggests modifying federal health guidelines related to the use of pre-exposure prophylaxis to prevent HIV transmission because current standards could miss some people who should be on it.
Pre-exposure prophylaxis, or PrEP, is a measure that has proven to be highly effective in preventing HIV transmission during unprotected sex. While not entirely foolproof, studies have shown taking daily doses of tenofovir disoproxil-emtricitabine, or Truvada, is 92 percent effective in preventing HIV infection when taken correctly and consistently.
Since 2012, the U.S. Centers for Disease Control and Prevention has recommended PrEP for gay or bisexual men who have had condomless anal sex or been diagnosed with a sexually transmitted infection in the past six months. The CDC also has recommended PrEP for HIV-negative men who have sex with men (MSM) and who are in a relationship with an HIV-positive partner.
The UCLA study, which was published in the January issue of Sexually Transmitted Diseases, suggests that those guidelines do not go far enough, because they omit important characteristics that could put someone at high risk for becoming infected with the virus that causes AIDS. Working with the Los Angeles LGBT Center, the researchers have developed an online risk assessment calculator, available today, which could fill that gap.
“To the best of our knowledge, this PrEP Calculator is the first of its kind to be based on real-world data,” said Robert Weiss, co-author of the study and a professor of biostatistics at the Fielding School. “We hope that our PrEP calculator will allow more MSM to make a more-informed decision before deciding whether or not PrEP is right for them.”
The Los Angeles LGBT Center is one of the largest HIV testing providers in Los Angeles County for gay, bisexual and MSM, with approximately 13,000 individual clients served annually, said lead author Matthew Beymer, a post-doctoral scholar in the department of medicine, division of infectious diseases, at the David Geffen School of Medicine at UCLA.
Between January 2009 and June 2014 the center collected data on various behavioral risk factors for HIV among clients at each visit. Center personnel used behavioral data and HIV test results to determine what characteristics distinguished MSM who were HIV-negative when the study began and subsequently tested positive for HIV during a follow-up visit from those who remained HIV-negative through the follow-up visits.
Using these data the researchers built an HIV-risk algorithm, which they use as a standardized mechanism for recommending PrEP to clients of the Los Angeles LGBT Center. Unlike the CDC guidelines, they asked important questions about a number of factors that could put one at higher risk for becoming infected, including substance use, number of sex partners, age and race or ethnicity, and other partner-level factors.
The researchers found that if all individuals who had a risk score greater than or equal to five on the test’s scale – 51 percent of those who used the calculator – had been given PrEP, then 75 percent of HIV infections would be averted during follow-up, assuming adequate regimen adherence and near complete effectiveness.
This made the researchers’ model better than the CDC guidelines because it took into account behaviors that aren’t considered in the current guidelines.
Based on these findings, they developed the risk calculator. The researchers will then assess whether men who have sex with men find it useful in determining if they should start taking PrEP. Even as late as September 2016, 20 percent of the Los Angeles LGBT Center’s clients were unsure if PrEP was right for them, Beymer said.
“The findings from this study will allow MSM to determine their overall risk for HIV based on their own data and previous data collected at the Los Angeles LGBT Center,” Beymer said. “Ultimately, this HIV risk score can be used by the client to determine if PrEP is right for them.”
Beymer said that a limitation of this calculator is that it may not be appropriate for heterosexual and trans individuals, injection drug users, or people living outside of Los Angeles. In addition, it does not consider situations in which HIV-negative men are in long-term relationships with HIV-positive men.
This work was supported by the Center for HIV Identification, Prevention, and Treatment; the National Institute of Mental Health (grant P30MH058107), the UCLA Center for AIDS Research (grant 5P30AI028697) and a UCLA Postdoctoral Fellowship Training Program in Global HIV Prevention Research (T32MH080634).
Article: Are Centers for Disease Control and Prevention Guidelines for Preexposure Prophylaxis Specific Enough? Formulation of a Personalized HIV Risk Score for Pre-Exposure Prophylaxis Initiation, Beymer, Matthew R. PhD, MPH; Weiss, Robert E. PhD; Sugar, Catherine A. PhD; Bourque, Linda B. PhD; Gee, Gilbert C. PhD; Morisky, Donald E. ScD, ScM, MSPH; Shu, Suzanne B. PhD, MEng, MBA; Javanbakht, Marjan PhD, MPH; Bolan, Robert K. MD, Sexually Transmitted Diseases, doi: 10.1097/OLQ.0000000000000535, published January 2017.

Can a Cold Shower Really Benefit Your Hair, Skin, and Metabolism?