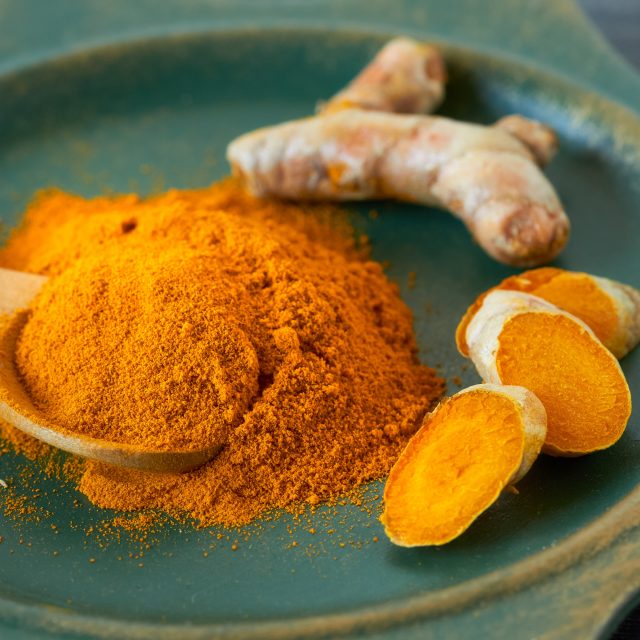 This article originally appeared on Time.com.

Turmeric, the bright yellow spice often used in curries, mustards and golden milk lattes, has gained quite a reputation as a superfood. It’s been touted for its anti-inflammatory and antioxidant properties, and hailed as a natural defense against cancer and Alzheimer’s disease.

That reputation, however, may have just gone down a notch: A new review of scientific literature on curcumin, the most well-known chemical in turmeric, suggests that the compound has limited, if any, actual health benefits.

There may still be reason to include the “golden spice” in your diet, say the authors of the new review, published in the Journal of Medicinal Chemistry. But as far as current evidence shows, its most famous compound doesn’t live up to its hype.

Ground turmeric root has been used in Indian and Chinese cooking (and traditional medicine) for centuries. But when the reviewers looked at several recent clinical trials and epidemiological studies on curcumin, they noticed that research findings often weren’t translated correctly in the media.

“Once something enters the popular press, it can be blown out of proportion,” says co-author Michael Walters, research associate professor at the University of Minnesota’s Institute for Therapeutics Discovery and Development. “These studies have become a part of folklore, and their actual results don’t really measure up to what they’re quoted as.”

One big problem, the new report notes, is that curcumin is not easily absorbed by the body. And despite the thousands of research papers published on turmeric, the reviewers were unable to find any double-blind, placebo-controlled clinical trials (the gold-standard of medical research) to support its myriad health claims.

Many studies also involved conflicts of interest, Walters says—like researchers who owned supplement companies and could benefit from sales of curcumin extract. Overall, the research casts doubt on curcumin’s usefulness as a stand-alone supplement and its potential for future drug discoveries.

But don’t count out turmeric just yet, says registered dietitian Wendy Bazilian, who was not involved in the new research. She says it’s true that curcumin is no cure-all—“just like no other single nutrient isolated and extracted from a food, or for that matter, any one food itself.” But based on research in both animals and humans, she adds, “there’s no question that there are some health properties associated with the spice.”

Curcumin may not be a miracle ingredient, but Bazilian points out that compounds combined in food can often have synergistic effects. “That’s good news and worth ongoing consideration,” she says. “Because frankly, you wouldn’t eat turmeric as a meal alone.”

If nothing else, Bazilian adds, cooking with herbs and spices is a great way to make healthy food taste better—without excess salt, sugar, or fat.

Registered dietitian Cynthia Sass says she’ll also continue recommending turmeric to her clients. Curcumin’s absorption problem has been known for some time, she says, but it doesn’t rule out the spice’s health benefits. “One practical tip is to pair turmeric with black pepper,” says Sass. “A natural substance in the latter spice helps boost turmeric’s absorption from the digestive system into the bloodstream.”

And while she’d like to see double-blind studies on curcumin in the future, she says the compound still holds a lot of promise. Just don’t overdo it: high quantities have been linked to acid reflux, low blood sugar, and other unwanted side effects.

Walters and his co-authors agree that people shouldn’t stop eating turmeric, and that research on the spice should continue. In fact, they suggest that future studies should take a more holistic approach—looking at turmeric as a whole spice, or a component of entire meals—to account for all of its potential compounds.

“Turmeric is certainly not going to hurt you, and there may be something else in there that’s biologically active,” he says. “All we know right now is that curcumin itself is not the panacea that people think it is.”

How a New Year&rsquo;s Detox Sent One Woman to the ER