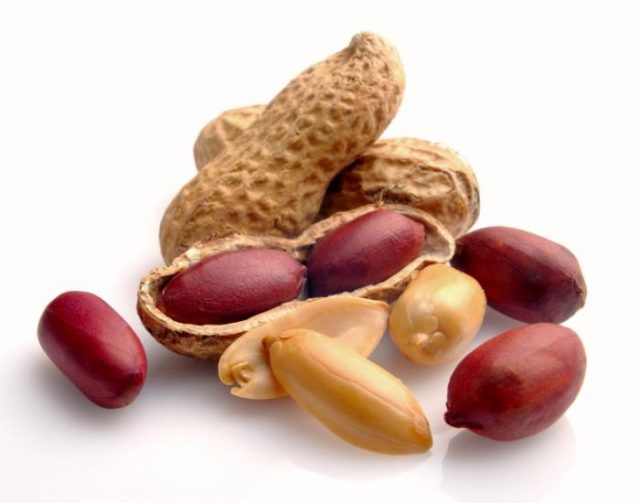 New guidelines on children and peanuts are released today.


In America, 8 percent of children under 18 have a food allergy of some description.


Of this 8 percent, 38.7 percent of children have a severe reaction.


Because peanuts are the most prevalent allergen in children (followed by milk, then shellfish), they can spark fear in many parent’s minds.


A presentation, given today at the provides vital information for anyone worried about how to move forward.


A group of experts, including food allergy researchers, doctors, nurses, and representatives from a number of other fields, combined their expertise to create a useful, safe way in which peanuts can be introduced to an infant’s diet.

How and when to introduce peanuts


Co-author of the recent guidelines, Dr. Amal Assa’ad, chair of the ACAAI Food Allergy Committee, says: “The first step is determining if your child is at high risk for peanut allergy. Before introducing peanut-containing foods to a high-risk infant, the infant should be seen by their primary healthcare provider who will determine if referral to an allergist for testing and/or in-office introduction is needed.”


According to the recent guidelines, high-risk infants should be introduced to peanuts as early as 4-6 months, after it has been deemed safe to do so. A high-risk infant is one who has severe eczema and/or an egg allergy.


“If your child is determined to be at risk, and then is tested and found to have peanut sensitization, meaning they have a positive allergy test to peanut, from that positive test alone we don’t yet know if they’re truly allergic,” says Dr. Matthew Greenhawt, an allergist, member of the ACAAI Food Allergy Committee, and co-author of the current guidelines.


“Peanut allergy is only diagnosed if there is both a positive test and a history of developing symptoms after eating peanut-containing foods,” he adds.


Just a positive test alone is not a strong indicator of whether a child has an allergy. Peanut sensitivity is not the same as an allergy.

“Infants sensitized to peanuts showed the most benefit from early introduction of peanut-containing foods in the Learning Early About Peanut allergy (LEAP) study. This is why it is essential that sensitized infants still undergo in-office introduction. If your child has in-office introduction and is found to have a peanut allergy, then they’ll need to avoid peanuts altogether, and have an annual evaluation with an allergist.”


The researchers also say that children with mild to moderate eczema who have already begun eating solid foods will not need an evaluation; at around 6 months of age, they can have peanuts introduced to their diets at home. Similarly, children without an egg allergy or eczema can have their first peanut-based foods at home.


These guidelines offer a range of ways to introduce peanut-containing foods at the right ages; the team also stresses an important point – whole peanuts are a significant choking hazard.


Whole peanuts should not be given to children.


The experts advise that peanut-containing foods should only be introduced when the infant is healthy and should not be the first solid food an infant tries.


The team created the following video to advise worried parents:


The guidelines are an important piece of the puzzle; the team of experts from the ACAAI hopes that the new information will help alter the way in which people view allergy prevention. They also offer parents a useful and safe guide to introducing peanuts to their children.


Dr. Assa’ad, who has witnessed the rise of allergies first hand is excited about this step forward. He says: “To be able to offer parents a way of reducing the risk of their children developing peanut allergies is remarkable and of real importance.”


Learn about research into treating children’s peanut allergies via a skin patch.

Why you should never go to sleep on an argument