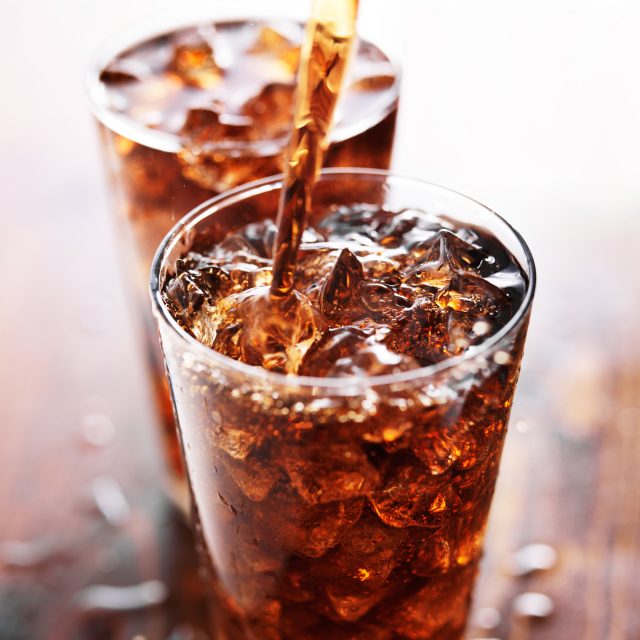 This article originally appeared on Time.com.

The number of children who eat or drink artificial sweeteners—like aspartame, sucralose and saccharin—has skyrocketed over the years, with a nearly 200% increase from 1999 to 2012, a new study shows.

The survey results, published in the Journal of the Academy of Nutrition and Dietetics, reveal that in 1999, less than 9% of kids consumed low-calorie sweeteners, which are common in diet sodas and low-calorie and low-fat processed foods. That number rose to about 25% in 2012, and even children as young as two are consuming them, the study finds.

The report looked at data from close to 17,000 men, women and children who participated in the National Health and Nutrition Evaluation Survey from 2009 to 2012. The researchers compared that data to other survey findings from 1999-2008.

Sugar substitutes are getting more popular among adults, too. Forty-four percent of adults and 20% of children in the survey reported consuming low-calorie sweeteners more than once a day; 17% of adults consumed an artificially sweetened food or beverage three times a day or more.

Artificial sweeteners remain a debated health topic, but growing evidence suggests that fake sugar isn’t a worry-free food. Sugar substitutes promise fewer calories, but they’ve recently been linked to obesity and diabetes. The new study found that the likelihood that a person consumed low-calorie sweeteners rose with body mass index; close to 20% of adults with obesity consumed these sweeteners three times a day or more, compared to 13% of normal-weight adults. A 2016 study also found that pregnant women who consumed more artificial sweeteners in beverages were twice as likely to have children that were overweight or obese at one year, compared to women who consumed less.

Some research even suggests that people tend to gain weight when they regularly use these sweeteners, and though the reason why isn’t yet clear, it’s possible that the sweeteners trigger a craving for more food, according to some experts. When people eat sweet food, the thinking goes, the brain’s receptors are activated and the body prepares for calories by releasing insulin, which breaks down sugar. But if there’s a lack of sugar or calories to metabolize, the body may stay in craving mode, potentially causing people to eat more.

More research is needed into the health effects of artificial sweeteners, and more is sure to come. For now, study author Allison Sylvetsky, assistant professor of exercise and nutrition sciences at the George Washington University Milken Institute School of Public Health, endorses an easy fix: to “drink water instead of soda” and to “sweeten a serving of plain yogurt with a little fruit.”

Kleenex (Yes, Kleenex) Is About to Change the Way You Exfoliate&nbsp;