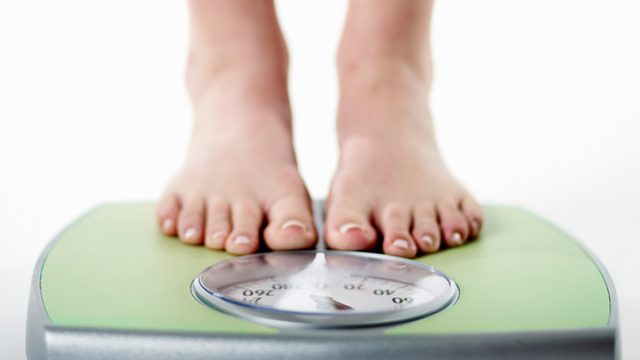 Worries about the potential negative consequences of fat loss regimens for aesthetic purposes in normal weight females have been surfacing in the media. This has taken place regardless of the lack of longitudinal studies on this kind of diets. Now the researchers of the University of Jyväskylä have published a study that shows for the first time what effects an intensive weight reduction had in rather a large group of normal weight females.
Female fitness competitors voluntarily conduct a prolonged heavy diet concurrent to a large amount of exercise. The competitors aim to achieve an aesthetic body with symmetry, balance, and muscle definition that is accomplished by lowering fat mass with a diet while maintaining muscle mass as high as possible. The diet is typically followed by a recovery period, during which the competitors increase their energy intake back to the baseline. This is a significant contrast to overweight individuals, who try to maintain their weight loss.
In the study, 27 females dieted for a competition and 23 females acted as weight-stable controls. The study showed for the first time that most of the hormonal changes after a large decrease in body fat – caused by around 4 months of intensive dieting – in previously normal-weight females can recover within 3-4 months of increased energy intake.
According to the researchers of the Faculty of Sport and Health Sciences at the University of Jyväskylä, the results suggest that, in general, intensive weight reduction can be conducted safely. However, a diet probably needs to be followed by a period of at least a few months of normal non-restrictive energy intake and less exercise in order to recover a normal physiological function of a female body. “Therefore, the diets and, thus, competitions should not happen too frequently,” says Academy of Finland Research Fellow, PhD Juha Hulmi.
In more detail, the diet was achieved by reducing carbohydrate intake and increasing aerobic exercise while maintaining a high level of protein intake and resistance training. The diet led to a large, around 35″50%, decrease in fat mass. Muscle size was either maintained or only slightly decreased. The hormonal system was remarkably altered during the diet. Especially serum concentrations of leptin, triiodothyronine (T3), testosterone, and estradiol decreased and these coincided with increased menstrual irregularities. Body weight and most of the hormone concentrations returned to the baseline during a 3-4 month recovery period of increased energy intake and decreased levels of aerobic exercise. However, T3 and testosterone hormones were still slightly decreased compared to pre-diet, but not markedly in comparison to the controls.
The competitors maintained their muscle size pretty well, although the decrease in fat mass was massive. This is probably due to intensive resistance training together with rather a high intake of protein, both previously shown to prevent muscle loss during the diet, as explained by MSc student Ville Isola and the research project leader, Professor Keijo Häkkinen. Juha Hulmi also reminds that the recovery period is important for gaining muscle size and strength as it is impossible to progress in training if energy deficit is prolonged and the body does not recover from the extra stress.

The researchers state that this is the first large fitness and weight loss study in normal weight females. Next the study will be expanded to further analyze the perspectives of health and psychology. In addition, more studies are needed to understand the effects of physiology, psychology and health more thoroughly. It is possible and even likely that intensive weight reduction and participation in esthetic sports can increase health risks for some individuals.
The research was conducted in the Faculty of Sport and Health Sciences at the University of Jyväskylä, Finland, together with the National Institute for Health and Welfare and the University of Helsinki, Finland.
The first results from a larger data set were published in Frontiers in Physiology.
This study was financially supported by the Academy of Finland, the Finnish Fitness Sports Association and the Department of Biology of Physical Activity at the University of Jyväskylä.
Article: The Effects of Intensive Weight Reduction on Body Composition and Serum Hormones in Female Fitness Competitors, Juha J. Hulmi, Ville Isola, Marianna Suonpää, Neea J. Järvinen, Marja Kokkonen, Annika Wennerström, Kai Nyman, Markus Perola, Juha P. Ahtiainen and Keijo Häkkinen, Frontiers in Physiology, doi: 10.3389/fphys.2016.00689, published 10 January 2017.