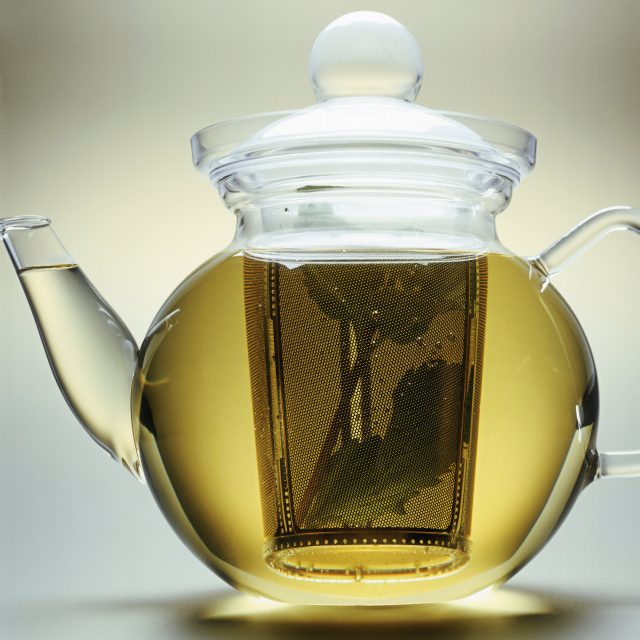 After the sugar- and booze-filled holidays, starting the new year off with a cleanse or a detox may seem like a great way to reset, kickstart healthy habits, and maybe lose a few pounds. But certain “cleansing” strategies can be downright dangerous—as one British woman learned when her New Year’s detox sent her to the hospital with potentially life-threatening complications.

The 47-year-old patient was admitted to Milton Keynes University Hospital in the U.K. after she collapsed and suffered a seizure. Doctors learned that she’d been drinking more water and tea than normal, and had also been taking at least nine herbal supplements in an attempt to treat minor symptoms such as stress and low mood.

The woman’s doctors wrote about her case, which occurred during a previous New Year’s season, in a recent issue of BMJ Case Reports. They published the paper as a warning to others who may be considering New Year’s cleanses—especially the kind that involve excessive amounts of fluids or alternative remedies.

In this case, the woman developed hyponatremia, a potentially fatal problem that can occur when sodium levels in the blood drop to unsafe levels. For healthy people, this normally happens only when they drink lots of excess fluids; but it’s suspected that valerian root—one of the herbs this woman was taking—may increase a person’s vulnerability to the condition. That might explain, the doctors wrote, why simply drinking more tea and water quickly became dangerous.

RELATED: 5 Weeks to Your Best Body Ever: What to Eat

Of course, there are all sorts of detoxes out there, and not all of them have been associated with such scary side effects. But there is plenty to be wary of in this realm, says Courtney Peterson, PhD, assistant professor of nutrition sciences at the University of Alabama Birmingham—and plenty to keep in mind if you’re planning to try an extreme diet change of your own.

“When you think of detoxing, most people think of the liver, because it’s the main organ that metabolizes toxins,” Peterson told Health. “But when you fast or do a detox, there are many different organs involved, and those organ systems can react in many different ways.”

In addition to all-out fasting, Peterson says most detoxes can be divided into four categories: herbal cleanses, oil cleanses, juice cleanses, and food-based cleanses. She prefers to steer people toward the last two categories, which have been shown to be safer and more effective for jumpstarting healthy habits.

As the case report shows, cleanses involving herbal remedies can have unintended consequences. “Most herbs have an upper toxic limit, and they tend to be toxic in much smaller doses than food,” Peterson says. “Even herbs you use for cooking, like cinnamon, are only safe in small doses.” (Cinnamon has been touted for its ability to lower blood sugar, but large amounts can also damage the liver.)

Supplements can also interact with each other or with medications you’re currently taking—and because they’re not regulated as strictly as drugs, there’s no way to know if ingredients or quantities are mislabeled. If you’re set on adding new herbal supplements to your health regimen, Peterson says, talk to your doctor and research their safety information first.

Another popular type of cleanse involves drinking large quantities of olive oil, often with lemon or apple juice. “This is quite dangerous,” says Peterson. “The idea is to dislodge stones in the gallbladder or liver, but it’s been shown that drinking this much oil can actually deposit new stones, made of olive oil derivatives, in these organs.” There’s been at least one report of a woman being sent to the emergency room for this complication.

Peterson doesn’t recommend full-fledged fasting—at least not for more than a day or two—and is strongly against diets like the Master Cleanse, which involves drinking water with lemon juice, maple syrup, and cayenne pepper. Not only do these diets last too long and cut calories too severely, she says; that much cayenne can also irritate the intestines and prevent electrolytes from being properly absorbed.

She’s more supportive of cleanses that replace some or all of the day’s meals with plant-based juices. Still, these come with caveats: Reducing calories too drastically or for too many days could slow your metabolism and send your body into energy-conservation mode, so you won’t burn calories as easily. You should also cut back on or avoid exercise if you’ve slashed your calorie intake, and you may experience headaches and fatigue.

If your daily sodium intake drops dramatically—which it might if you’re only consuming unsalted fruits and vegetables—you could put yourself at risk for hyponatremia. “People think they’re in the middle of a cleanse so they need to drink more water,” Peterson says. “But if you’re already not taking in sodium, drinking more water could send your body into shock.”

She suggests following juice cleanses for only a few days, tops, and says anyone with with diabetes, heart disease, or kidney problems should avoid them—and all extreme detox diets—completely.

RELATED: 57 Ways to Lose Weight Forever, According to Science

The healthiest approach to detoxing, she says, is one that involves whole foods. “There’s nothing wrong with saying, ‘This week I’m going to eat a diet of mostly fruits and vegetables’—maybe blend some smoothies and eat steamed veggies for dinner,” she says.

This strategy may even have some advantages over juicing, she adds, because the food’s fiber will help the body excrete more toxins through the colon. Plus, unlike a restrictive liquid cleanse, pledging to eat more fruits and vegetables is hopefully something you won’t tire of anytime soon; it may even become a habit you can practice for the rest of the year.