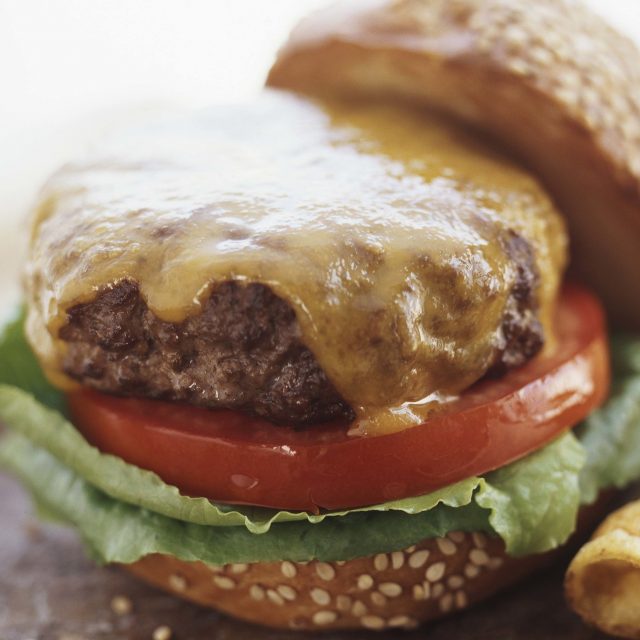 If you’re looking for reasons to eat less red meat, you’ve already got quite a few: It can be high in cholesterol and saturated fat, and eating a lot of it has been linked to an increased risk of several chronic health conditions.

Now, two new studies provide even more motivation for cutting back on burgers and steaks. The first suggests that red meat may raise the risk for diverticulitis, a common inflammatory bowel condition. The second found a link between high levels of grilled, smoked, and barbecued meat and higher rates of early death among breast cancer survivors.

Both reports reference the potential dangers of cooking meats at high temperatures, which has been shown to produce inflammatory and carcinogenic compounds. Meat cooked at high temperatures has previously been linked to increased risk of cancer and, more recently, diabetes.

The newest study, published today in the journal Gut, looked at the potential impact of red meat, poultry, and fish intake on a person’s chances of developing diverticulitis, a condition in which small pockets in the intestinal lining become inflamed. Diverticulitis accounts for more than 200,000 hospital admissions every year, and new cases are on the rise among young people.

RELATED: 18 Reasons Why Your Stomach Hurts

Lead author Andrew Chan, MD, program director of the Gastrointestinal Training Program at Massachusetts General Hospital, says more research is needed to determine exactly how red meat is linked to diverticulitis. But studies suggest that high consumption alters the balance of bacteria in the gut, he says, which could affect the body’s immune response and vulnerability to inflammation.

The researchers also determined that substituting one daily portion of red meat with fish or poultry could lower diverticulitis risk by 20%. “It’s easy to tell people to limit red meat, but it’s nice to be able to tell them what to eat instead,” Dr. Chan told Health. “So we evaluated other sources of animal protein, and found that these did not have an increased risk.”

The researchers did not include vegetarian protein sources, such as beans and tofu, in their study. “But we expect that those are also things that wouldn’t be associated with increased risk, either,” says Dr. Chan.

The second study, published last week in JNCI: Journal of the National Cancer Institute, tracked more than 1,500 breast cancer survivors for about 18 years. During that time, about 600 of the women died.

The researchers found that women who ate the most grilled, barbecued, and smoked meats before their diagnosis had a 23% increased risk of death from any cause, compared to those who ate the least. And compared with women who cut back on these foods following their diagnosis, those who continued to consume high amounts had a 31% increased risk of death. These results were also adjusted for potential influencing factors, including body mass index, exercise, and alcohol intake.

When the findings were broken down by type of meat, they suggested that smoked poultry or fish may not be associated with the same increased risks—and, in fact, may even be protective. These results were not statistically meaningful, though, and the researchers didn’t find the same protective effects for grilled or barbecued poultry or fish.

Both studies were observational—meaning they tracked a certain group of people over time and relied on self-reported information—so the researchers were unable to form any conclusions about cause-and-effect. They do provide fodder for researchers digging deeper into the connections between meat and disease risk, as well as for consumers thinking about making more meatless choices.

“Red meat has been associated with other health effects—for example, a higher risk of heart disease and certain types of cancer,” said Chan. “It’s important to think about all the potential benefits of a given diet, and this provides an additional rationale to think about limiting red meat.”

Female Orgasms May Have a Purpose (Other Than Just Fun)